Today was an interesting day on so many levels.

My energy was better, more steady throughout the day.  Less devastating to look at these records. 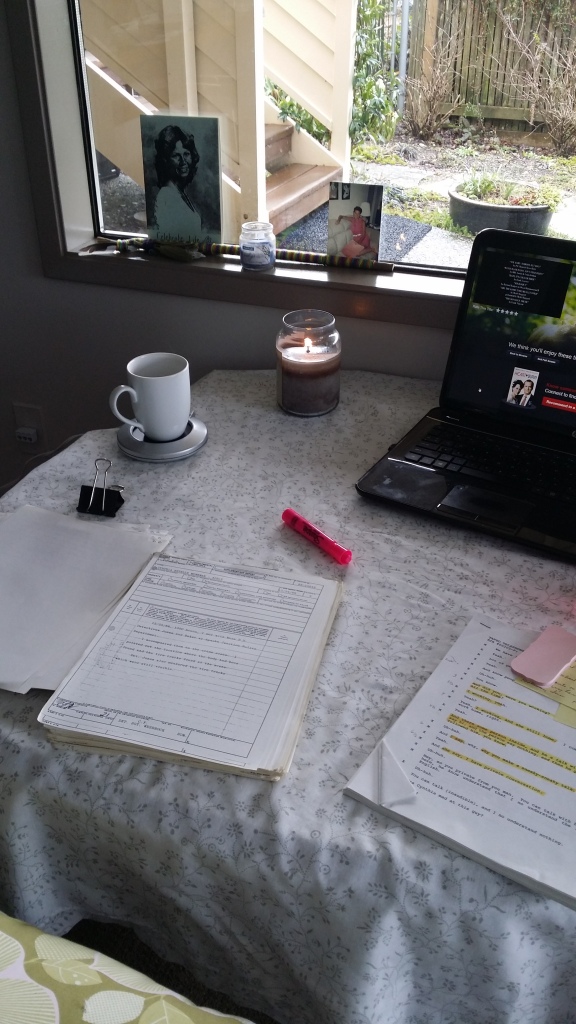 I read the autopsy report.  😦  54 wounds, damn.  It reads almost identical to Travis Alexander’s.  She was stabbed numerous times in the front and back and, ok at this point things are just blunt, nearly decapitated.  Bastards.  Michael’s footprint found on her face always leads me to the same place–he stepped on her face and held it still while Rudi slit her throat.  It’s impossible to imagine I’m writing these words with my own fingers but they are the truth and I’m telling it.  That footprint was one of the most damaging pieces of evidence against him.

I’m finding such nuance in reading reports like first interviews with Michael by the German speaking Detective and his sociopathic “tells”.  Also the entire testimony from Anke, their accomplice granted immunity, which I was there for but had forgotten so many details.

Tomorrow I think I will read Michael’s testimony–he did testify and it was astounding in it’s pathology.  Lying moment by moment on the stand.  The intelligence combined with lack of conscience enhanced by bravado..lethal.

I’ve been contemplating so much of our childhood today and wrote a chapter titled Secrets.  We were groomed in to a comfort zones with secrets in our family so it’s no wonder she doubted her own warning bells which were banging off all around her.  I’ve done the same most of my life–alarming and doubting–and exhausted myself with self doubt and hypervigilance. I spoke with my Dad and brother for the first time this week.  It’s interesting talking to them with all of this whirling in my brain.  I’m fortunate to have this solitude and isolation to be diving in to all of this.  I don’t think I could do it any other way.

I’m glad I have so many days ahead of me in which to spread all of this out.  I bounce around from our childhood/abuse to the trial to the investigation to my own development.  I just keep writing and will figure out a way to pull it all together.  But for now I’m just reading and writing.  And taking breaks.

Tomorrow I’m heading out to a Korean spa that has all of these warming rooms and soaking tubs.  I just can’t seem to get warm here so I’m treating myself to that therapy and maybe a lunch there too.  I think that’s about all I can handle in terms of outings. I wondered if I’d get cabin fever–it’s kind of the opposite but this place is just so amazing I never want to leave. 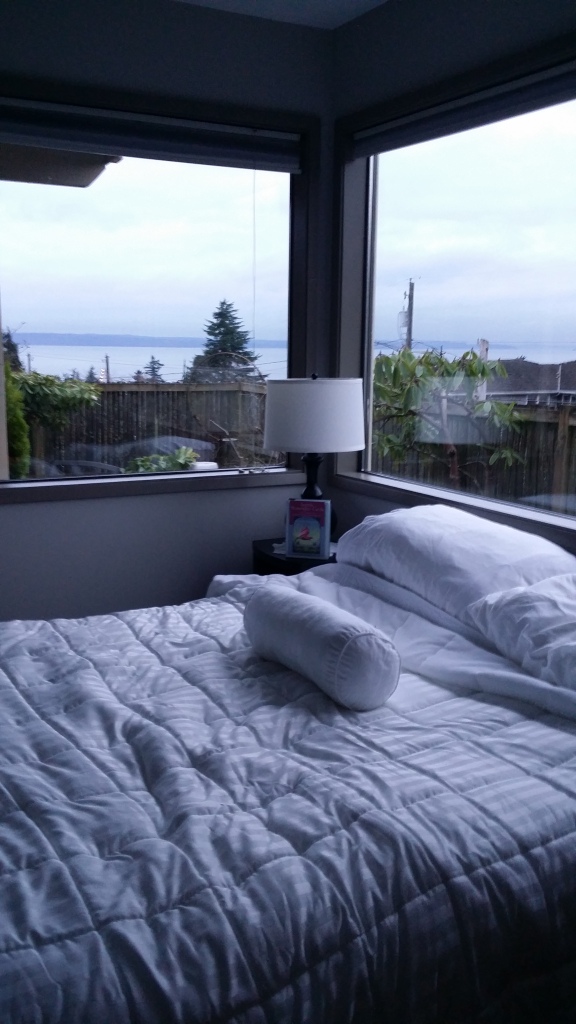 My hosts gifted me homemade soup today left behind our shared door.  What an amazing nurturing place for me to be.  I thank the *whoevers* who guided me here.