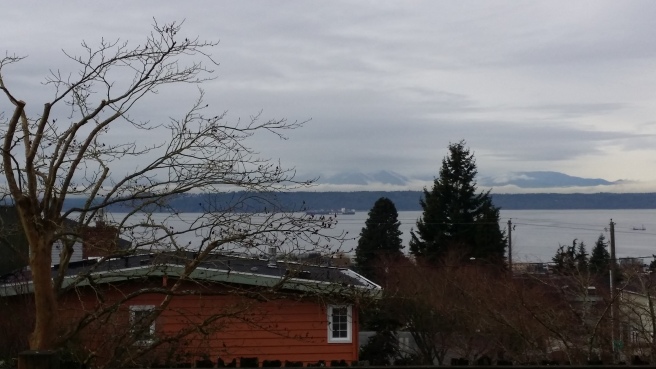 Greetings from another gloriously grey day here in Edmonds.  Coming from the Valley of the Sun I welcome each and every one of these cloudy days.  I saw a huge barge slowly floating down the Sound this morning.  The land of green and clouds and water.  I love it and fit right in here.  Maybe I will live here one day.  Well I’m living here right now! 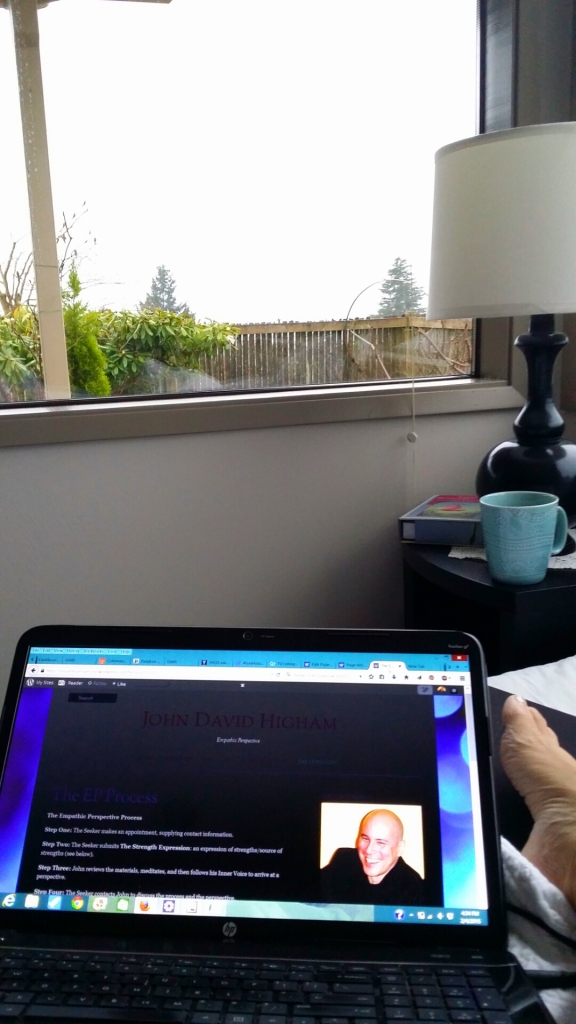 I spent much of the day glued to the tweets coming in off the Arias trial and the stellar Dr. Janeen Demarte still on the stand.  I also spent about three hours working on my betrothed’s new blog.  He’s started up a new business and we’ve been crafting his site together.  I spent so many hours and hours learning this WordPress system that what took me three hours would have likely taken him three days.  It’s a fun creative project for me and we work very well together even though technology can be incredibly maddening sometimes, esp for a novice like me/us.  I have the time and a bit of knowledge now so I was happy to help him and it was yet another little test of our compatibility.  We tend to fall back on laughter when stress comes at us–a great coping mechanism in a relationship that just comes naturally for us two.  So grateful.

On the lunch break, I read Cathy Hughes’ opening statement from the first trial–Michael’s.  Reading that while following the Arias tweets was an interesting contrast.  I can’t say enough how fortunate we were to get her as our prosecutor.  I’ve just never seen anyone like her in action.  I’ll tell the magical story of how she “accidentally” fell in to our case in the book.  As you can imagine it had it’s twists and turns on the path of magic that landed her in our laps.

I want to share some excerpts from her amazing opening statement so you know what I mean before I lose the natural light coming in and before I take myself out for dinner and a movie.  I need a little outing.

“Yesterday, I remember when we were picking you as jurors, early on in the selection process there was some humor, there was some spontaneous joking and laughter, and that was good, that was really good, because it sort of eases the tension and the stress that everybody feels when they are involved in a case such as this.

But I noticed something yesterday.  I noticed that as each of your names were finally called and as each of you realized that you would become involved in this case to decide the case, that each of you understood the seriousness and the importance of what we’re about to do.

It was almost–when Mrs. Johnson read to you the document that charges that defendant with murder and conspiracy to commit first degree murder, it was almost as though we were in a church.

“It’s been explained to me by someone older and wiser that if you had to put the devil on trial, you’d have to go to Hell for your witnesses.

And in this case we went to Anke Dorn.  We had to promise her that if she would tell the truth, that she would not go to jail.

And so I’m telling you right up front, so that you won’t be surprised, if Anke Dorn tells the truth in this courtroom over the next couple of weeks, she won’t go to jail.  “

“On December 26th, 1988 Cindy was in the morgue ready to be autopsied.  And you’ll never guess where he was.  You might expect that he would be mourning with her friends.

Do you want to know where he was?  He was at the office of his insurance agent.”

And on that note, I’m gonna dress, finally, put on makeup and a presentable outfit and head out in to the world.

I love you all for caring.