I’m glad I went out last night.  It was nice to just get dressed and put on makeup and go somewhere.  I’ve become so dialed down now in comparison to my usual life that one outing seems like a big deal.  It would be nothing for me to go out to dinner/shopping/a movie and work my day job in one day at home.  I’m not that person up here and I like it.

I wanted to try out this restaurant right on the Sound called Anthony’s and they have a pretty good Happy Hour that I got in on so had a Cosmo and a couple of pretty large appetizers and sat and watched the ferries come and go twinkling along the water.  I know for some those ferries are just a commute but for me, they are pure romance.  I keep seeing this story in my mind, a romance, highlighting this ferry riding life.  I was thinking maybe it would be a project John and I might work on together. He’s writing a screenplay right now so knows a lot, a whole lot about that process.  I’ll take him on the ferry next week and see if he gets bit by the same bug as me.

I woke up early this morning feeling like it was Christmas morning for some reason.  I was just completely psyched for my day.  Another gorgeous rainy day with the door open to the Sound, the heat turned off and the fireplace going. I love it.  Fresh and cozy.

I ended up following, on twitter, another day in the Arias trial which seems to be unsurprisingly imploding for the defense.  Demarte was still on the stand and held up well to some ridiculous grilling by Jodi’s defense attorney Kirk Nurmi.  It all just fell down a rabbit hole in to ridiculousness.

Speaking of that, I was voice-noting with John all day and we fell in to one of our famous personas with accents and started leaving these crazy redneck messages for each other.  Jethro and Katie-Jo.  I had to save one where he is laughing uncontrollably in this high pitched squeal, unable to speak, it had me doing the same.  We have so much fun together.  It’s such a great element in a relationship to have:  humor.

In the midst of all of that, I wrote THREE , count em THREE chapters today.  I was on a roll.  And I’m not finished.  I will likely write a fourth yet and maybe a fifth.  It’s that kind of day. 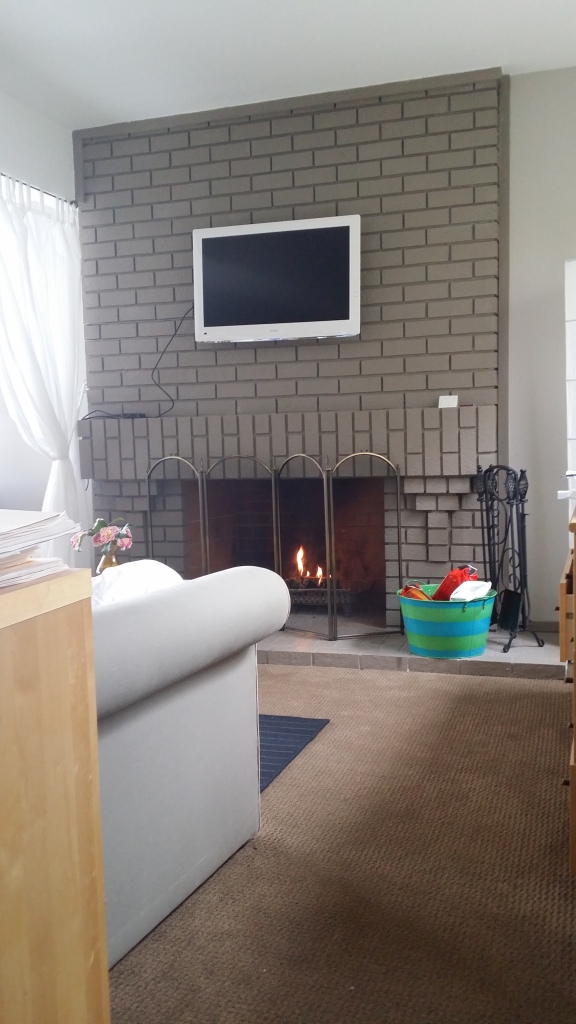 view from my writing/reading perch today

And, in the middle of all that, my host came down bringing me a Bride magazine (which I intend to browse once I’m finished writing this..awwww) and invitation for Happy Hour tomorrow night!  Yay!  I have three dates this weekend, the other two with readers out there who live in the area.  How cool is that?

Ok, here are a couple of excerpts from today’s writing in no particular order.  It will give you an idea about what theme I’m on though.

“When I arrived in the back room, the three of them were lined up like a trio of hear no evil speak no evil see no evil Teutonic monkeys in chairs all in a row as the minister discussed the service.  I sat across the room from them glaring at each one.

None of them looked up at me.  I had just met Rudi the one time at Bobby McGees, never met Anke and of course had a few encounters with Michael.  They surely knew who I was.
After the instruction period was over I stood up and walked to the murder trio  like some kind of reverse reception line of evil and extended my hand to each one with one intention.  I want you to look in my eyes and you will know I know.  I stared at each of their eyes and only Anke looked up at me, tearfully. I glared straight in to her face “I know what you did and you are not getting away with it” was what flew out of my gaze.  I hope she caught it.”

“Once there, they immediately checked her answering machine tape to make sure the message had recorded properly and just as quickly Michael phoned the Mesa Police Department demanding to speak with Detective Ron Davis.  In an excited seemingly terrified voice he shared that a message had come in to Cindy’s machine and that they were being threatened.  Detective Davis asked them to bring the tape in to the police station and that’s what they did.
This act was the beginning of the end for the Apelts and Anke.  There was absolutely zero doubt on all of the investigators’ minds that these con artists were the people who killed Cindy.  The web was getting narrower and tighter all around them, while they believed they were successfully pulling of their scheme.”

“Of course Detective Davis knew this was an entirely bogus claim as the apartment was being watched intensively by a team of officers out of their Department.
He passed the information on to Mark Jones who said “let’s go pick them up”.
Davis then offered to come and get the three killers and give them a ride to the police station under the guise that they wanted to get more information about these “threats”. They all three went along willingly in the same car with hopes that their confiscated passports would be returned and they’d be released from any suspicion as was their plan.
Mark Jones however had other ideas for all three of them and it did not involve any of them seeing the light of freedom anytime soon once he got them in the car enroute to downtown Mesa.
At the station, he immediately split up the brothers tossing each of them separately in two interview rooms.  Rudi’s interrogation was handled by Ron Davis and Chris Wesbrock who was still working the case.  Mark Jones decided to take on Michael.”

And on that note, I’m jumping off murder and in to weddings and hopefully some mindless TV tonite or a good movie on Netflix.

As always, thanks for reading and for coming along for the ride.  I feel like I’m not alone in this and it feels very comforting.