Wow, I made it to the twenties!  Time has taken on an entirely new meaning with this endeavor–it’s slowed, it’s quickened, it’s stopped.  There is not one thing I’d do differently.  Ok maybe I’d work out more, that is if I was a different person born with that kind of motivation.  😉

I had a really nice evening out last night with my hostess.  We learned we have some uncanny things in common.  Her family history is nearly identical to my love John’s (that he wrote his memoir about) and she’s from the same town where we will be married this Spring…all the way across the country!  Wow.  I love everything about this place and now more to love.

I just finished my first draft of the ending of my book.  I’ve jumped all over the place which has kept me sane. Luckily I have so many stories to jump in and out of for this memoir–childhood, abuse, homicide, mental illness and somehow landing on resiliency and happiness.  Imagine that.  I found myself quoting Webster’s and Rilke and Steel Magnolias in my last words.  I have to say I’m kind of in love with those words and they generated this emotion that I made a meme out of today.  Not using this quote in the book but I found it searching for something else.

I also wrote about John, my brother, for the first time since I got here.  That part of the book is the least arduous for me so I’ve been saving it for dessert.  But I felt like writing about him this morning so I did.  Here is a snippet:

“The kind stranger who picked him up may not have recognized the degree of his psychosis and gave him a ride to a repair shop.  The woman working there, well, there just isn’t enough to say about this person, this angel.  I don’t even know her name but she’s out there I imagine still performing good deeds.
She helped my very ill brother arrange for the tow of his car, that he had crashed in to a field due to the voices telling him to do so, and it’s repair.  She even helped him contact his insurance company.  Then she went a step further and gave him a ride to a motel where he could settle in and wait for his car.
As she left, something in this angel on Earth got a feeling she should turn back around and check on my brother.  Something about their interaction left her with an uneasy feeling about leaving him there alone and unattended.  At this point, my father and I were still in Maine, checking in with the police daily with no idea where John was, if he was ok, if he was alive.”

Now I’m heading back in to the trial.  I’ve realized I’m missing some important pieces I thought I had like Michael Apelt’s testimony.  It’s ok, I can hunt for it in Cathy’s study when I get back.  I have plenty else to read, trust me.  This is the stack I’m getting ready to dive in to in 3…2…1…

Hope you are all out having a great Saturday.  I look out at these big grey clouds whisking by over the big Sound out there and feel nothing but grateful…not one thing other than grateful. 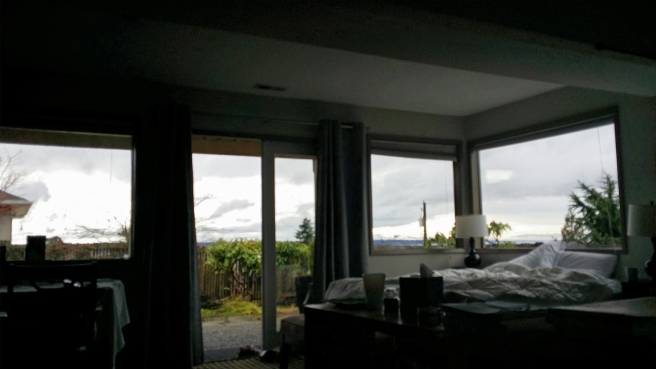