Happy Saturday Morning from the gorgeous Northwest! A beautiful sunny day here to wake up to after an interrupted night of sleeping. I crashed at around 11:30 reading Juan Martinez’ book in bed and I guess it was haunting me as I woke up again at around 3:30 and read more for another couple of hours then crashed again until 9.  That’s the beauty of being on no one’s time but your own, you can do these kinds of things and not bat an eye. I kind of like being up in the middle of the night when the world is dark and silent anyway, speaking of bats. 😉

A passage in Juan’s book really struck me so I dog-eared it to share here:

“The highlight of the 48 Hours interview was the assertion that she intended to take the witness stand and testify at trial. That told me that she was confident in her public speaking abilities and that she believed she was persuasive enough to make the charges go away just by telling her story. She was masterful in front of the camera, playing the part of someone who couldn’t have committed this murder. The way she could look straight at the camera lens and answer the interviewer’s questions with apparent sincerity was impressive. She clearly wasn’t going to be intimidated.

“I don’t believe that I am going to be convicted, she confidently told 48 Hours Maureen Maher, just as she had advised the interviewer from Inside Edition. “I don’t think that I’m going to spend one day in prison.”

I guess this stuck out to me so distinctly because of what I’m reading on our own trials. I spent much of yesterday combing through the extra materials I’d picked up at Cathy Hughes’ before driving up here. I had two full boxes from last year but thought I’d just take a look. She was kind to remove any terrible photographs that I might inadvertently run in to.

I was shocked to see how lucky I was in what I grabbed because I opened one file that contained two kind of brief packets of interviews (I have thousands of pages of interviews). In that folder I found something I’d really wanted to lay my eyes on: the actual interviews at the time when both the men were arrested. I jumped to the end to see what this was because frankly I don’t have the time or interest in reading more of their made up bullshit that is in every interview for the two weeks prior to their arrest. The one that really steamed me was the German speaking burglary detective brought in for translation who clearly had sympathy for them and even put in his own personal observation that all three of the killing trio were telling the truth (he had to eat those words pretty quickly, but still).

It was fascinating to read the trap that was set for each of the brothers as the detective make a sharp about face in the curiosity portion of the questioning to the accusing portion.

Like Arias though, especially with Michael who I believe was always the mastermind and true malignant sociopath, they both didn’t flinch. Michael was cocky,demanding to be arrested so he could speak with a Judge who would most certainly agree and set him free. The arrogance oozes off the page as their violence is shoved in their faces and never ceases even when they are handcuffed. Since that day 1/6/1989, neither has seen the light of day outside incarceration. Good. That is satisfying also to reflect on.

I’ve said this before and will again: SOCIOPATHS ARE NOT EASY TO PROSECUTE. Even seasoned prosecutors like Martinez and Cathy Hughes say that and they aren’t kidding or exaggerating!

They almost and do get away with murder! Murder convictions are hard fought and that is all over Martinez’ book as he prepared for this trial. So when people talk about how the “government” has all the cards and blah blah blah it slays me. Death penalty cases are the hardest–high profile the most arduous ! It is NOT easy to get a sophisticated killer their just sentence for many reasons not the least of which, their lack of conscience and really emotion or fear at all, makes them very formidable all the way up to the handcuffs (and beyond which you will read in my book).

It’s so fascinating to be reading Martinez’ book along side these twenty five plus year old documents though. So much is written about diagnosing personality disorders and when you start to compare them to each other it’s like they were molded from the same cookie cutter–their methods and robotic ways of being coupled with high degrees of intelligence and sophistication. Yet 18 years post conviction, we taxpayers spent over 10 million dollars for their supporters to attempt to prove Cindy’s killers are mentally retarded. Mark my words, had Jodi Arias received the death penalty, we’d be paying for that argument for her too somewhere down the line. But I digress…more on that topic to come.

I’m finally kicking in to productivity-have an appointment with my writing coach and editor next week up by the Canada border so I’ll get to take a little road trip, moved my desk space around and created a new more ergonomic setup which I love, copied some pictures of Cindy from my printer to have around me (can’t believe I forgot those unless they are in one of my boxes I’ve not dug through yet), listened to some Juan Martinez interviews online (Vinnie Politan’s is the best),  read and reworked several of my chapters to send to the editor, read several hundred pages of documents and managed to make myself a delicious dinner in my kitchenette. Oh and I also changed the font on this blog as people were having a hard time reading it–is this better? I have a huge screen so kind of hard for me to tell. Please let me know if I need to tweak it again as that’s so frustrating!

It’s Saturday and gorgeous outside so I’m guessing most of this area is just that–outside. Which makes me think other than taking a little walk later, I’ll stay in and on my groove today. I have everything I need and mostly this view. 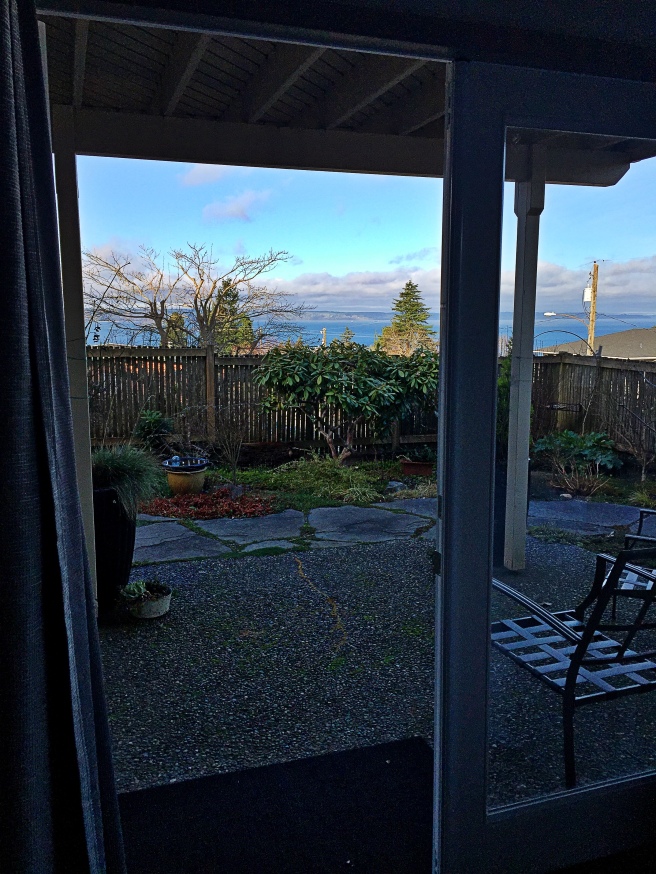 Yes I’m reading Juan’s book kind of slowly on purpose. It’s become a security blanket for me in an odd way. I’m feeling a camaraderie with Juan while reading it as I dive in the same darkness and remotely, he’s supporting me through his book. Most of you know I’ve met Juan Martinez many times and he’s been nothing but kind and warm to me as well as genuinely interested in me and our case. I have a special place in my heart for him. He’s one of the good guys. 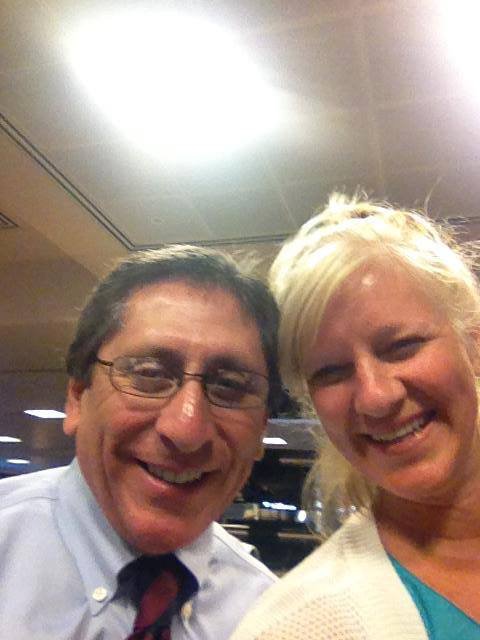